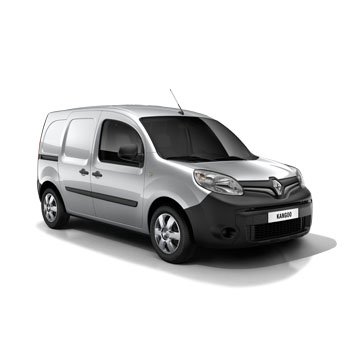 We offer a wide range of racking and shelving options for the Renault Kangoo. If you know what you’re looking for, you can browse our range of premade racking kits designed to fit the Kangoo as well as a wide selection of shelves and accessories by selecting your model variation below. If not, we also offer a FREE design consultancy service where we build a 3d model plan of your van with racking - find out more

The French multi-national automobile manufacturer, Renault was established in 1899 and has during their history manufactured trucks, tractors, tanks, buses and even autorail vehicles. Now better known for cars and vans, in 2016 Renault was the ninth biggest automaker in the world by production volume and in 2017, the Renault, Nissan and Mitsubishi Alliance become the world's largest seller of light vehicles.

The Renault Kangoo van is a light commercial vehicle manufactured across two generations since 1997. In 2007 the Kangoo II was launched, which immediately scooped the 2008 Best Light Van award from Professional Van & Light Truck magazine. The electric Renault Kangoo Z.E. was launched in 2011 and is the world's top selling all electric light utility vehicle. The 100% electric Renault Kangoo Van Z.E.33 won the Green Award at the What Van? Awards 2018 and was named ‘Best Green Van’ for the second consecutive year at the Business Van of the Year Awards 2018.

While the first generation Kangoo model was marketed as a rebadged variant by Nissan in Mexico and Europe as the Nissan Kubistar until the end of 2009, it was replaced by the Nissan NV200. In 2012, Mercedes-Benz began marketing a rebadged variant of the second generation Kangoo as the Mercedes Citan. Fast forward to today and the Renault Kangoo van is designed to meet the needs of professionals with load volumes of up to 3.6m3 and 4.6m3 in the Kangoo Maxi van.