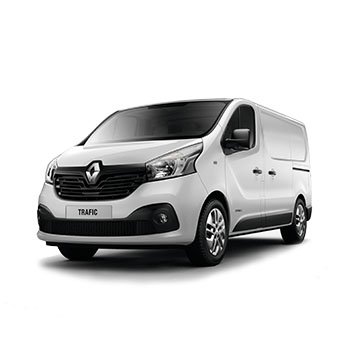 We offer a wide range of racking and shelving options for the Renault Trafic. If you know what you’re looking for, you can browse our range of premade racking kits designed to fit the Trafic as well as a wide selection of shelves and accessories by selecting your model variation below. If not, we also offer a FREE design consultancy service where we build a 3d model plan of your van with racking - find out more

Since their inception in 1899, Renault has become a household name. Specialising in automobiles, commercial vehicles and luxury cars, the French multinational is as well known for its vans as it is for its range of cars and agricultural vehicles. The Renault Trafic first went into production in 1918 and has become a highly popular choice amongst drivers such as tradesmen and companies worldwide.

The Renault Trafic is a light, medium-size commercial van and is one of the best selling vans on the market. It came onto the market as the next generation of Renault Estafette and was later renamed Trafic. In both 2015 and 2016, the Trafic has won the WhatVan? Medium Van of the Year award. The Trafic has the ability to transport up to 1.2 tons, a maximum load volume of 8.6 cubic meters and a fuel economy of up to 47.9mpg.