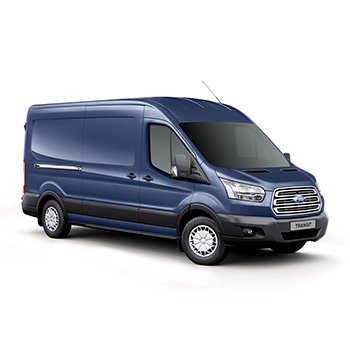 We offer a wide range of racking and shelving options for the Ford Transit. If you know what you’re looking for, you can browse our range of premade racking kits designed to fit the Transit as well as a wide selection of shelves and accessories by selecting your model variation below. If not, we also offer a FREE design consultancy service where we build a 3d model plan of your van with racking - find out more

The Ford Motor Company has been producing cars and commercial vehicles throughout the world for over 115 years. Founded by Henry Ford in 1903, Ford is renowned for introducing large scale manufacturing methods and moving assembly lines which by 1914 were known around the world as Fordism. Today the Ford Motor Company is the second largest American based car manufacturer, and fifth in the world. The award winning Ford Transit van has produced by Ford since 1965 and is a popular choice in the light commercial vehicle market.

As the third best-selling van of all time, the Ford Transit has sold over 8,000,000 vans. From the beginning, the Transit van has had the advantage of adapting different body styles from long and short wheel based panel vans to minibuses, known as the as the Ford Tourneo since 1995. The Ford Transit has received numerous awards over the years and was named Van of the Year in 2014 and 2015 by the Auto Express.

The Transit has been produced across four basic platform generations, from conception in 1965 (Transit Mark I and facelifted version the Mark II in 1977). Then in 1986 (Third Generation), 2000 (Fourth Gen), and 2013 (Fifth Gen), with each of these versions seeing some facelifts over the years too. Ford continues to work the Transit name with a range of compacts, the Transit Courier and Transit Connect vans, as well as the medium-sized Transit Custom van, all of which sit beneath Transit ‘proper’ range - read more