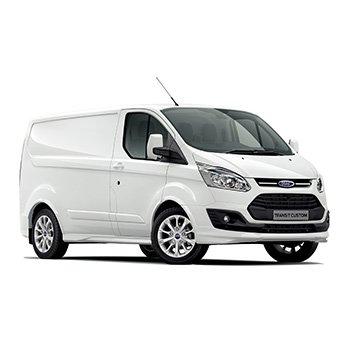 We offer a wide range of racking and shelving options for the Ford Transit Custom. If you know what you’re looking for, you can browse our range of premade racking kits designed to fit the Transit Custom as well as a wide selection of shelves and accessories by selecting your model variation below. If not, we also offer a FREE design consultancy service where we build a 3d model plan of your van with racking - find out more

Famously founded by Henry Ford, the American Ford Motor Company has revolutionised the vehicle manufacturing industry. Ford has been family run for over 100 years and is one of the largest family run companies in the world. Following the success of the Ford Transit van introduced in 1965, the mid-sized, front wheel drive Ford Transit Custom was introduced in 2012.