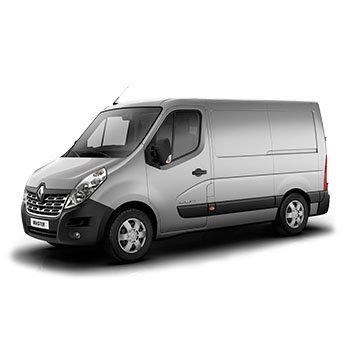 We offer a wide range of racking and shelving options for the Renault Master. If you know what you’re looking for, you can browse our range of premade racking kits designed to fit the Master as well as a wide selection of shelves and accessories by selecting your model variation below. If not, we also offer a FREE design consultancy service where we build a 3d model plan of your van with racking - find out more

Founded in 1899, the Renault corporation was known as Société Renault Frères by the three Renault brothers, with the first Renault car produced being the Renault Voiturette 1CV. The Renault group is made up of Renault and subsidiaries, Alpine, Automobile Dacia from Romania, Renault Samsung Motors from South Korea, and AvtoVAZ from Russia. They are also well known for their successes in the world of motor sport in both Formula 1 and rallying.

The French manufacturer have produced the Renault Master, a medium sized van since 1980, and is now in its third generation, replacing the earlier Saviem SG3 light trucks. The second and third series vans were sold by Opel as the Opel Movano in Continental Europe and Opel Movano in the UK, although all three generations have been designed and manufactured by Renault, irrespective of the brand.

This heritage was rewarded in 2018 when the Renault Master van won the ‘Best Technical Innovation’ at the 2018 Trade Van Driver Awards for their off-the-shelf compliance solution for the safe transportation of both goods and people.