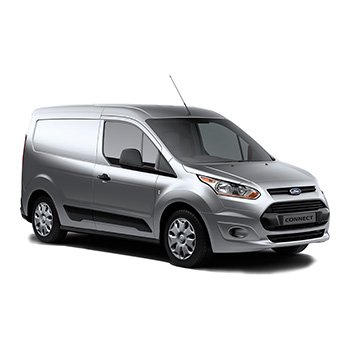 We offer a wide range of racking and shelving options for the Ford Connect. If you know what you’re looking for, you can browse our range of premade racking kits designed to fit the Connect as well as a wide selection of shelves and accessories by selecting your model variation below. If not, we also offer a FREE design consultancy service where we build a 3d model plan of your van with racking - find out more

Since 1903, Henry Ford and The Ford Motor Company have been producing cars and commercial vehicles. It all began with the highly successful Model T which was in such high demand that Mr Ford developed new mass production methods in order to meet the numbers required. The Ford Transit Connect is a compact panel van with the first generation introduced in 2002 to replace the older Courier van ranges.

Following an update in 2009, the second generation Ford Connect was announced in 2013 which has won a host of awards since then, starting with International Van of the Year in 2014. This was followed by What Van? Awards 2015 Light Van category and the Honest John Awards 2018 where the Ford Transit Connect took the Most Popular Small Van award.

The Ford Connect has been said to drive like a car but with a practical payloads peaking at 1000kg, sophisticated drive assist technologies and intelligent speed assist.