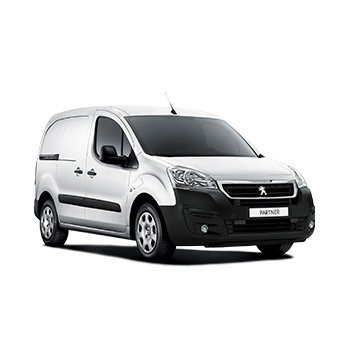 We offer a wide range of racking and shelving options for the Peugeot Partner. If you know what you’re looking for, you can browse our range of premade racking kits designed to fit the Partner as well as a wide selection of shelves and accessories by selecting your model variation below. If not, we also offer a FREE design consultancy service where we build a 3d model plan of your van with racking - find out more

The French car and van manufacturer, Peugeot was founded over two centuries ago, and have been using the now familiar lion trademark since 1858. Peugeot also have had an enviable record in motor sport for more than a century and have multiple wins in the World Rally Championship and the Dakar Rally. The Peugeot Partner is very similar to the Citroën Berlingo, having been produced by the PSA Peugeot Citroën alliance since 1996.

The Peugeot Partner was based on the Peugeot 306 estate floorplan, with their rectangular, box like cargo space and aerodynamic front. Fast forward to the present day and the Peugeot Partner has received the prestigious award of the 2019 International Van of the Year at the IAA Commercial Vehicle Show. The all-new Peugeot Partner is the fifth Peugeot van voted Van of The Year since the creation of the trophy in 1992, making it a popular choice for businesses and professional trade people.