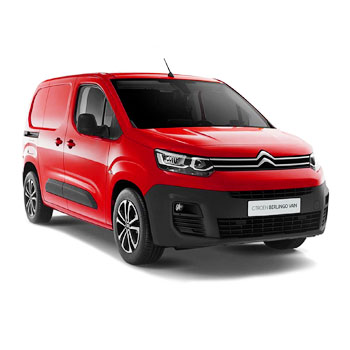 We offer a wide range of racking and shelving options for the Citroen Berlingo. If you know what you’re looking for, you can browse our range of premade racking kits designed to fit the Berlingo as well as a wide selection of shelves and accessories by selecting your model variation below. If not, we also offer a FREE design consultancy service where we build a 3d model plan of your van with racking - find out more

Citroën has been part of the PSA Peugeot Citroën group since 1976 but was originally founded in 1919 by French industrialist André-Gustave Citroën. The company quickly developed a reputation for innovative technology and built the world's first mass-produced front wheel drive car. The Citroën Berlingo and Peugeot Partner vans are almost identical and were launched in 1996.

With more than 1.5 million sold to date, the third generation Citroën Berlingo van released in 2018 will also be sold as the fourth generation Opel Combo, as the PSA Group bought Opel in March 2017. In 2015, the Berlingo was named Business Van of the Year and as a sibling to the Peugeot Partner van, the Berlingo has also been awarded the 2019 International Van of the Year at the IAA Commercial Vehicle Show.

After the launch in 1996, a revised version of the Berlingo 1, with a new interior and front end, was released in December 2002, followed in 2008 by the Berlingo II - read more