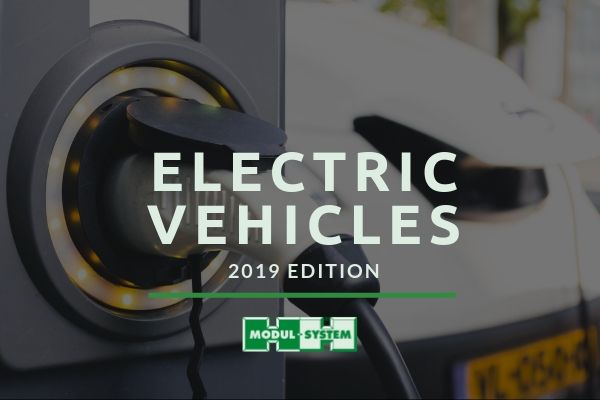 Change is afoot in the Light Commercial Vehicle (LCV) market. While diesel is currently used by the vast majority of operators, manufacturers are branching out to provide sustainable alternatives. As businesses prepare for tighter emissions regulations and seek ways to address climate change, the electric van is a viable option for any single or fleet operator. E-commerce and the surge in last mile deliveries is driving change, particularly in urban areas and the electrification of LCVs is increasingly on the minds of operators with environmental sustainability crucial to the future of their businesses.

Why upgrade to an electric van?

Electric vehicles bring considerable benefits to any business and crucially, offer financial efficiencies. The electricity consumed by the vehicle and used to charge it is considerably cheaper than the diesel equivalent. Similarly, servicing an electric van is relatively low cost. There is no engine to maintain and as such, there are fewer parts to inspect and replace on an annual basis. It’s increasingly easy to find charging points to top up a vehicle’s energy. It takes around 20 minutes to charge an electric vehicle, allowing a range of approximately 150 miles of quiet driving.

In addition to lower maintenance and operating costs, electric vans bring other benefits in terms of tax and cost savings from government ‘green’ incentive schemes. The vast numbers of diesel and petrol vans in operation around the world are major contributors to carbon emissions and particularly so, in city centres. Unlike fossil fuel driven vehicles, electric vans boast zero tailpipe emissions. With governments around the world committed to achieving zero emissions, there are many perks to be had from purchasing an electric vehicle. From tax savings and help-to-buy schemes to exemption from congestion charges, there are financial perks for drivers and fleets alike.

Operating a fleet of electric vehicles will also improve any organisation's image. In addition to the long term, reduced running costs, from an advertising perspective going green is great for publicity. 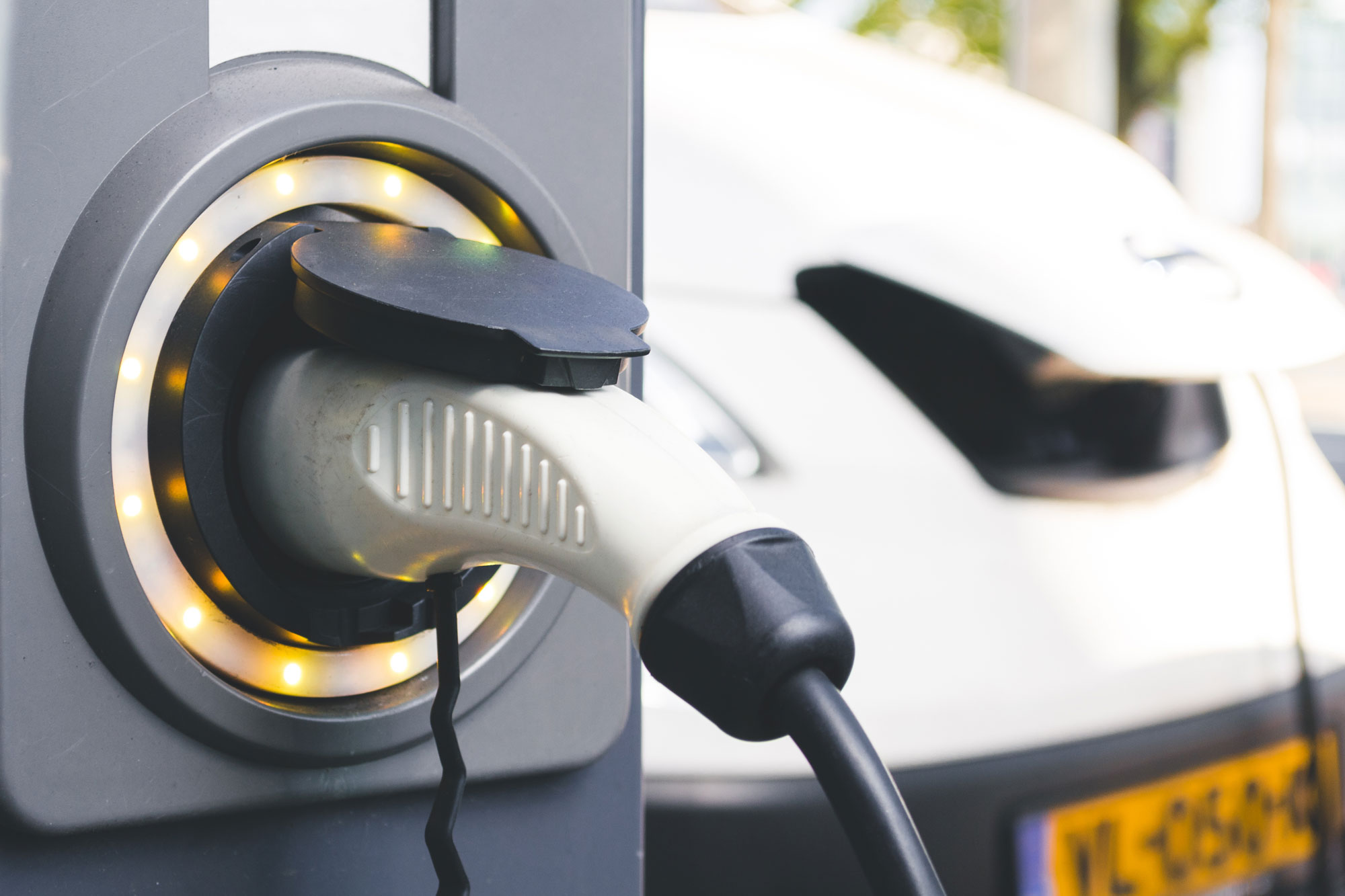 Which manufacturers exploit this electric alternative?

Nissan and Renault, in particular, have an established reputation in the electric van market, with two market leaders being the Nissan e-NV200 and the Renault Kangoo ZE.

The first few units of the new all-electric e-Crafter from Volkswagen have already been handed over to a handful of major customers in Germany, Great Britain, Sweden and the Netherlands with the vehicle set to be released for general sale mid 2019. The full suite of safety systems from its diesel equivalent has been carried over and the van's nimble handling largely retained.

Mercedes-Benz is scaling up efforts on its electric delivery van production with the eSprinter and the eVito. The larger eSprinter will be available in 2020, while the smaller, lighter eVito should be on sale late 2019. Both vehicles are front wheel drive, thereby ensuring the addition of the electrical system doesn’t hinder the capacity for cargo volume.

Along with Ford, Deutsche Post DHL Group jointly produced the StreetScooter WORK XL. The delivery van is based on a Ford Transit chassis fitted with a battery-electric drivetrain and a body designed and built to Deutsche Post DHL specifications. StreetScooters emit neither carbon emissions nor local air pollutants. As part of its ambitious GoGreen campaign, the Group plans to replace its entire mail and parcel delivery fleet in the mid-term with electric vehicles charged with electricity generated from renewable energy sources.

When considering the purchase of an electric vehicle, the distance you are able to travel on a single charge is a major decision-maker. From the effects of cold weather or air-conditioning use to additional payloads or passengers, there are several factors that can negatively impact a stated range.

Today however, range anxiety is increasingly irrelevant. The Renault Kangoo was upgraded to offer a range of 170 miles, which equates to approximately 124 miles in reality. Hot on the heels of Renault, Nissan announced an upgrade to the e-NV200, claiming a new and improved 174 mile driving range. Renault conducted research that revealed the distance covered by the average van driver in a day is around 70 miles, rendering the stated ranges of most electric vans a viable proposition. Furthermore, many electric models boast heated seats and the ability to pre-heat the cabin while still plugged in. Such performance features help to reduce the demands put upon the battery when driving.

Of course, long-distance travel is only viable if you know there will be charging facilities en route and when you reach your destination. Similarly, it’s essential to factor in the time it takes to recharge a van. As such, city centre courier companies, local authorities, utility companies, SMEs and sole traders are among those organisations experts believe would benefit from upgrading to electric vehicles.

Load capacity and ease of loading are two further, important factors to consider when purchasing a new van, electric or otherwise. Adding weight to any van has a negative effect on energy consumption. However, an electric van is no less capable of carrying big loads than its diesel equivalent. The Nissan e-NV200 for example, has the same cargo volume as its traditional counterpart. In addition, it actually has a payload of 770kg, which is around 40kg more than the diesel version. Similarly, the Renault Kangoo ZE has a payload of 650kg, which is 20kg more than the standard Kangoo van.

The batteries in an electric van are responsible for a large part of the vehicle’s weight. Furthermore, the greater the range required, the higher the battery weight. To compensate for this weight and to safeguard the van’s payload, it’s important to incorporate lightweight racking systems and other lightweight fittings in the vehicle. Ultra-high strength steel vastly reduces the weight of racking products while neither compromising on safety nor the vehicle payload. With electric vans, there is a greater risk of damaging the vehicle’s battery and wiring system when fixing fittings by drilling directly into the floor. As such, non-intrusive flooring that can be installed with glue should be considered to avoid any unnecessary damage. 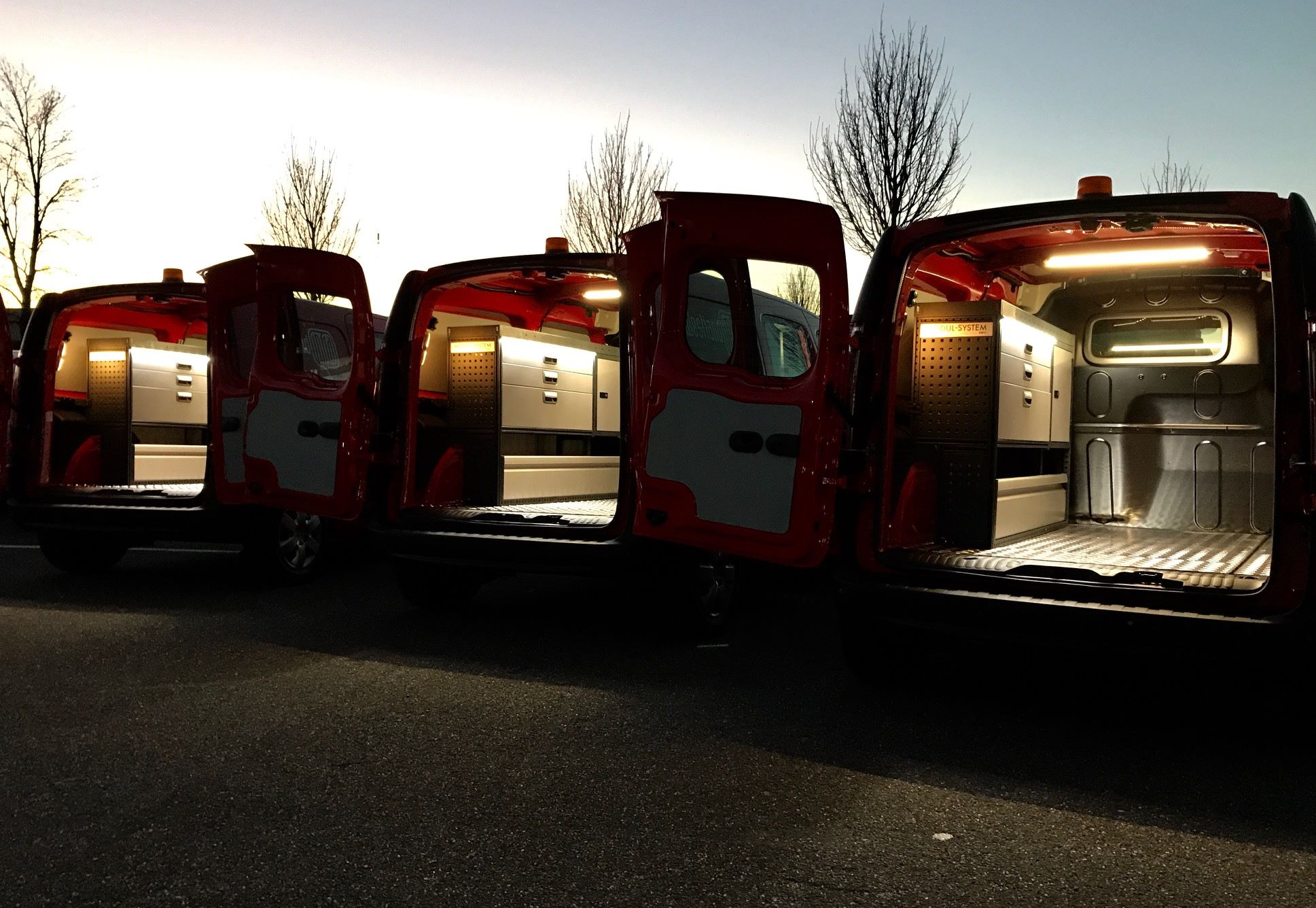 Is plug-in power the future?

Norway is currently the world leader in electric vehicle usage. From tax and VAT-free purchase to free parking and charging, this success is due to a range of local and national incentives. Norway’s capital, Oslo, has also contributed to the deployment of a robust charging infrastructure.

Car manufacturers around the world are changing their attitudes to electric vehicles. The success of the Paris climate talks is driving a progressive tightening of car CO2 emissions limits around the world, inevitably leading to a gradual phase out of fossil fuels. Manufacturers are dramatically increasing their efforts to respond to a growing customer need for sustainable vehicles as businesses seek ways to address climate change.

Similarly, the rapid growth in electric vehicle sales in China has had an impact. China is now the world’s biggest market and is dominated by national manufacturers. As such, non-Chinese manufacturers are desperate to succeed in this expanding market and anxious to avoid their Chinese competitors successfully exporting.

The motor industry and governments around the world are supporting the transition to electric vehicles for both single and commercial fleet operators. Recent research conducted by the Renault-Nissan-Mitsubishi Alliance revealed environmental sustainability to be a high priority for business fleets. Global data showed that 66% of small businesses predict their fleets will be fully electric within the next 20 years with 50% expecting this to happen in half the time.

Contact our team for more information on Modul-System’s products and conversions for electric vans.